My love for all things literary began when I was a child and my mother would read to me the Alice stories by Lewis Carroll, Charlotte’s Web by E. B. White, and Peanuts by Charles Schulz. Once I learned to read and write on my own, I started writing stories for my own amusement. I first started writing for others in my teens when my nephew and I exchanged our own sci-fi stories modeled after Star Trek, Star Wars, and Doctor Who.

In college, while studying chemical technology, I discovered the awesome power of the written word when the love letters I wrote to my girlfriend grew into novellas complete with exotic locals, conflicted characters, multi-layered plots, and — of course — suitably steamy situations. The stories worked and my girlfriend soon became my wife.

After college, writing took a back seat to earning a living and I held a number of jobs, eventually moving into computer technology. But I continued to dabble in writing, mostly non-fiction articles and commercial business pieces. Now that I’m once again focused on fiction, this site serves as a showcase for some of my work. 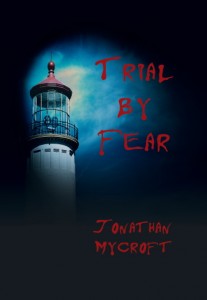 Simon Jacks is an idealistic young attorney with a prestigious Chicago law firm, about to start the most important case of his career, defending the accused in a series of grisly sex slayings dubbed The Toolbox Murders.   But in a moment of stress Simon throws a punch at another attorney and is ordered to take some time off.   Retreating to a secluded island cabin near northern Michigan with his family and friends, Simon hopes for a relaxing vacation.   Instead he encounters conflicting ideologies, jealousy, and betrayal.

And more.   Someone is stalking them.

Soon, childish pranks turn deadly in an episode of terror.   To survive, Simon may have to sacrifice his most precious conviction: that everyone deserves a fair trial.

Imagine thousands of people behind bars, some for theft and arson, some for rape and murder, some facing years in prison, some facing the death penalty, all wrongfully convicted of crimes they didn’t commit. Now imagine the people who did commit those crimes still at large, living among us, free to attack again. This is the frightening picture painted by organizations like Truth In Justice and The Innocence Project.

Trial By Fear   is a fictional account of what happens when the wrong man is arrested for a series of grisly sex slayings. It’s now available in pocket paperback and ebook download from Lulu.com, and in trade paperback, hardcover, and Kindle ebook from Amazon. Find it at numerous other online retailers or order it through your local bookstore.